The US consumer price inflation rate in August was -0.2 per cent. Negative inflation in the month and up just 1.7 per cent in the year. Despite the US Federal Reserve moving heaven and earth to avoid such an outcome.

The Fed has cut interest rates to near zero and done over $3 trillion worth of “quantitative easing” in order to try to lift inflation up into positive territory. That’s “loose” monetary policy where the government pumps money into banks. Their ultimate goal is to get higher inflation to give the economy a boost.

But there is another school of thought. That maybe the reason they’ve failed to cause inflation is that quantitative easing actually causes deflation.

This idea is shocking. When I first saw it getting serious attention, I had to check to make sure I wasn’t on The Onion. Surely QE is an increase in money supply, and so should cause inflation.

The list of governments engaging in QE includes the US, UK, and Japan. If it doesn’t work, then how in holy hell has the global economy not collapsed by now?

Here’s the data since 2000 on inflation in those countries

To me, these graphs look ambiguous. If QE causes deflation, how?

There are a few answers floating around, with the most often cited one being this (and it’s slippery):

“Quantitative Easing increases the total amount of money in circulation. That money has to belong to someone. It has to be in someone’s wallet or in some bank’s vault or somehow “held” by some person or institution. With the interest rate stuck at zero the only way that folks are going to agree to this  if the inflation rate goes down. That’s because high rates of inflation make people want to hold less money and more tangible assets. This is what economists call an equilibrium condition.”

If the causation in this seems to run a bit backwards, that’s because the logic started off in mathematical identities about the economy, not in a verbal argument. (“the only way folks are going to agree to this” seems to be the verbal version of taking a variable from one equation and substituting it into another).

It depends on something called the “liquidity premium” which has to do with how much compensation people want to hold their assets in cash. To me, the causation runs the other way. You control your cash holdings, not the inflation rate. The idea agents can hold down the inflation rate just because they currently have a lot of cash seems silly.

But my belief in mathematical economic proofs is at the zero lower bound anyway, and you can’t argue too hard with the data (at least until you make a fail-safe counterfactual generator).  Some sensible people are giving this idea credence, others not.

The idea that QE causes deflation is controversial. But the idea that it does not do much to lift inflation is more widely accepted. And that makes some people angry, because QE is not exactly costless.

One side effect is lifting the amount of assets the US Fed holds. It doesn’t just give out the cash under QE. It swaps cash for assets. So now the Fed owns a lot of “mortgage backed securities” – the same things that sparked the GFC – and that has some people arguing its solvency is at risk.

Another side effect is exchange rates. US quantitative easing can shoulder the blame for the high Aussie dollar over the last few years. That killed a lot of Australian businesses.

The last side effect is a big rush on assets. All this loose money has pushed up asset price worldwide. The return on a 10-year Portuguese government bond has fallen to a comically low 3 per cent, from over 15 per cent. (Returns are the inverse of price).

Australian house prices have seen inflation too, although not to the same extent. These trends have the Bank of International Settlements – the central banks’ central bank – in a flap:

“By fostering risk-taking and the search for yield, accommodative monetary policies thus continued to contribute to an environment of elevated asset price valuations and exceptionally subdued volatility.”

But the US QE program is finally coming to an end in October. The program which once added $85 billion a month in liquidity to the global economy is nearly at an end. It seems doubtful we will get a clear picture of what the effect was on inflation from this one program.

We may need many more iterations of financial crisis and government response to figure it out, and that may be just what we are going to get.

Today, the consumer price index is released. Australian inflation appears to be in check, as the RBA keeps a steady hand on the tiller (If you are secretly unsure what the RBA does, click here.). Inflation gets really interesting over the long run.

A pie and a soft drink at the football?

I paid $14.40 for a Four’N Twenty pie and a bottle of Sprite on the weekend. The inflation rate for Food and non-alcoholic beverages over the last ten years has been 2.9 per cent a year. Applying that to the next 20 years means that by 2035, your half time snack will be a whopping $26.75. 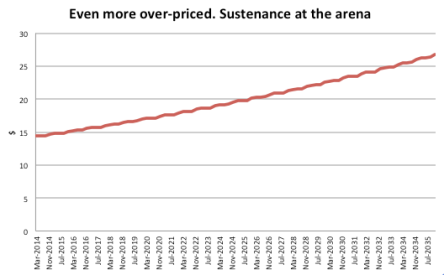 If you want the exquisite contemporary Australian experience of drinking a bottle of Crown Lager at Federation Square, you now pay $9. 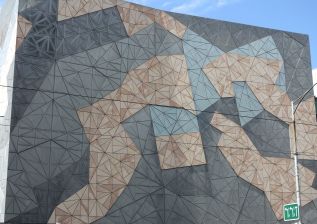 The inflation rate for the Alcohol and Tobacco index over the last ten years has been 4.6 per cent a year. Applying that to the next 20 years means in 2035, the price of the beer will be $24. 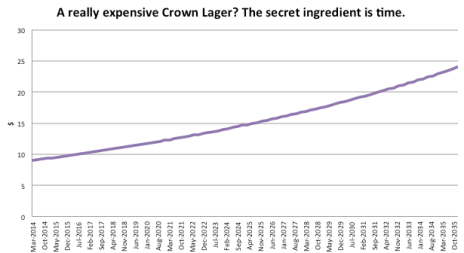 A ticket permitting two hours of travel on Melbourne’s ‘world-class’ public transport system costs $3.58. The inflation rate for transport  over the last ten years has been 2.3 per cent a year. The lowest rate we’ve seen so far. Applying that to the next 20 years means in 2035, a ride on a tram will cost $5.87.

(Of course, zone 1 tickets will rise probably in price faster, since Zone 2 was turned into cannon fodder for the election.)

A pair of ASICS Gel Kayano running shoes costs $250. In 2035 that will be $235. Wait, what? Yes, it’s not all bad news on the inflation front. Some things have fallen in price in the last 10 years, especially clothing. The average annual price change in the last decade was -0.4. There’s more detail on this in a post I wrote a couple of weeks ago.

Say you want to buy a two bedroom apartment in West Melbourne with a Bruce Springsteen feature wall, like this one: 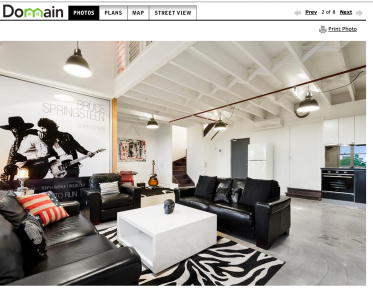 If you have a full time job, and you pay 30 per cent tax on it on average, your fortnightly paycheque, based on ABS average weekly earnings, is $2012.

The rate of growth of wages in the past decade has been 4.5 per cent. By 2035, that fortnightly paycheque would have grown to $5294.

Will you be better off? Almost certainly yes. Wages have risen faster than consumer prices for most of Australia’s history, giving us improving real (i.e. inflation adjusted) income (see graph at right).

But if you can somehow arrange to want less housing and beer, and more clothing and shoes, you’re going to be even better off…