There’s an industry on the brink of a break-out, and it doesn’t require us to learn C++. It would rather we learned to smile widely.

That industry is tourism.

Tourist arrival numbers hit records in November, December, February and March. Glancing at this graph of the last 15 years tells us we’re onto a winner. Look at that uptick since 2012! 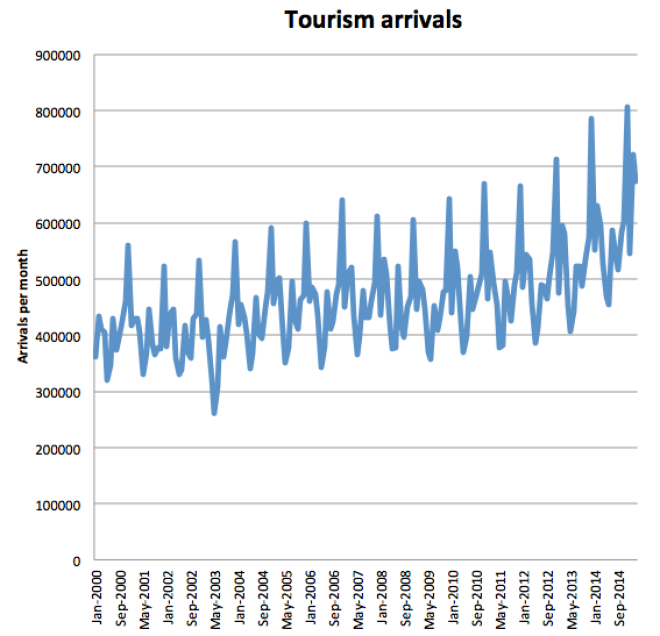 It’s time to turn your place into an AirBnB, people. There are already dozens of listings within walking distance of my house.

And it is more than just a cottage industry. There are thousands of real jobs available in the sector too.

That’s five times the number of jobs I could see in mining. 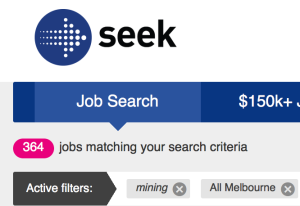 The tourism sector has been in growth mode for a long while, although we don’t celebrate it much.

Politicians are more likely to say they want to live in a country that makes things.

Are we somehow ashamed of tourism? Do we feel it debases us to offer hospitality to visitors? While it’s somehow strong and tough to make things and send them to those same people?

Bangladesh makes a lot of things. I’d rather live in a place people want to visit.

We can make Australia better for tourists by improving transport in our cities and nation-wide, by teaching languages, and by preserving our natural environment.

A politician that made tourism the centre-piece of their economic recovery plan would get my vote.