Fires are racing across the state of Victoria, burning the fringe of Melbourne, and immolating the state’s east.

I drove down the Hume Highway yesterday and the thick billowing black and grey smoke was bigger and more threatening than any fire I’d ever seen. The radio told us the Hume was closed –  it wasn’t when I drove through – but the fire was uncomfortably close to the road, perhaps 3km, and the wind was very strong. It was stressful. That fire is still burning today.

There is also a fire in the open-cut coal mines in Gippsland. Tonnes of brown coal are burning up that might otherwise be used to power the whole state.

Because of fires, the Hazelwood power station, which provides a huge proportion of Victoria’s power, is at risk of stopping this afternoon.

I went to Hazelwood in 2011, for work. It is a weird thing – not shiny, glossy, or modern. It looks like the sort of facility you might encounter abandoned in a video game, or where Batman has a showdown with his nemesis.

It was strange to look up at the eight big smoke stacks and think that carbon emissions on an enormous scale were happening before my eyes.

The outdated hulk of Hazelwood is the symbol of dirty electricity in Australia. It burns brown coal, the dirtiest kind of coal there is. Brown coal currently accounts for 85-90 per cent of Victoria’s electricity production. But it is easy to oppose brown coal, and I don’t doubt a few environmental campaigners were secretly barracking for the fire yesterday when it briefly threatened the power station itself.

It’s easy to oppose brown coal, that is, until you see how much of it we have. 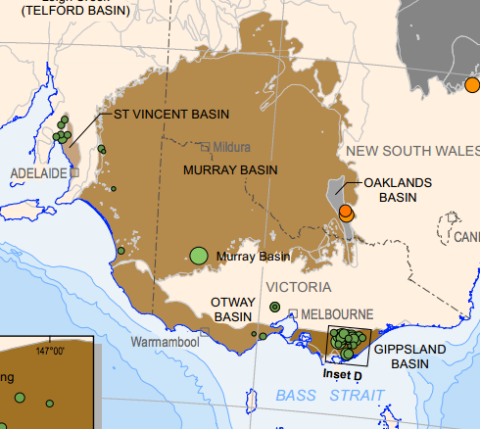 When you see the amount of brown coal in this state, it’s hard not to say, “Gee, we should find a way to use that.”

[Brown coal, like black coal, is long-dead bio-stuff. But it has had less geological pressure applied and so is less energy dense. Brown coal is just one step up from peat.]

There are 430 billion tonnes of brown coal in Victoria, estimated to be one quarter of the world’s brown coal. It starts around 15 metres below the surface and goes down as much as 250 metres.

Every hour, the Yallourn power station burns 2200 tonnes of brown coal to power 2 million homes, according to their publications. That implies a kilo of brown coal powers a home for an hour.

The billions of tonnes could keep the lights on in this state for a very very long time. By my estimate we could get to 14,000AD without energy efficiency improvements or solar installation.

It’s good quality too – low in impurities. But the problem is this: Moisture. Our brown coal is very wet, at up to 70 per cent water. That means it can’t be exported, because it is too heavy. That’s why the big electricity generators are out there, right on top of the coal deposits.

The problem with brown coal is that the opportunity cost of leaving it in the ground is so high. If you don’t burn it for electricity or turn it into briquettes, you don’t get anything for it. There are, as yet, no other economically viable uses for brown coal.

If the cost of carbon rises high enough it could become uneconomic to burn brown coal even for electricity. Hazelwood is a leading candidate for shutdown to help Australia meet its carbon-emission targets.

If that happens we don’t have a resource at all. It would be like having a lot of telegraph equipment. Using it will actually leave you behind when better alternatives exist.

Unless of course you can find a new use for it.

The Victorian government is, for this reason, spending money trying to raise the opportunity cost of burning brown coal. To make another use for it, so that burning it for electricity stops being the best idea we have.

There are research programs into drying it, turning it into liquid fuels, etc. From the energy resources website:

“In the future, brown coal may even be refined into a purer form of carbon for use in production of a myriad of carbon products including carbon fibres, carbon anodes, activated carbons, filter aids, pigments, graphite lubricants and conductors and formed carbon materials.”

A company called Brown Coal Innovation Australia is supposedly leading the charge, with state government support. They handed out a few $10,000-a-year PhD scholarships and are currently assessing research funding proposals worth $3.5 million. Is that really enough?

Whatever happens, the best-case scenario is definitely not brown coal burning up due to bushfires. That delivers all the downsides of carbon emission without even any electricity to show for it. And it could be some time before the fire in the hole goes out. A 2006 fire in the Hazelwood mines ran for a week before being extinguished.