They say you can’t be too rich, or too thin. (That’s why I started this blog.)

Research into exercise and weight loss intrigues me. I was happy today to find that the fat but indefatigable New York Times has a great summary of the most recent research, confirming what everyone already knows, which is that exercise makes you hungry! 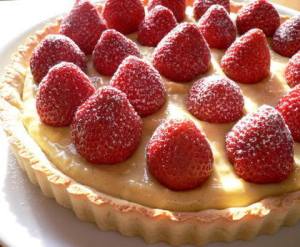 We’ve written about this before: Exercise won’t make you any less fat.

But the New York Times has squirreled out a few more details. Seems the bad guy of the piece is called grehlin. It’s a hunger hormone. Grehlin levels are increased by exercise, especially for women. The body also fights the effect of exercise by playing clever games with insulin and leptin, which change the way the body burns fuel.

The Times also reports on things learned from over-feeding rats…

…scientists at the University of Colorado at Denver fattened a group of male rats. After 16 weeks of eating as much as they wanted and lolling around in their cages, all were rotund. The scientists then switched them to a calorie-controlled, low-fat diet. The animals shed weight, dropping an average of about 14 percent of their corpulence.

Afterward, the animals were put on a normal diet and half of them were required to run on a treadmill for about 30 minutes daily, for eight weeks.

Then the fun began. For the final eight weeks of the experiment, the rats were allowed to eat as much food as they wanted. Rats that had not been running on the treadmill fell upon the food eagerly. Most regained the weight they lost and then some.

But the exercising rats metabolized calories differently. They tended to burn fat immediately after meals. The sedentary rats preferentially burned carbohydrates and sent the fat off to be stored in fat cells.

The running rats’ bodies also produced signals that they were full and didn’t need more kibble.

Although the treadmill exercisers regained some weight, their relapses were not as extreme. Exercise “re-established the homeostatic steady state between intake and expenditure to defend a lower body weight,” the study authors concluded. Running had remade the rats’ bodies so they ate less.

Lastly, the authors found that while vigorous exercise burned calories and led to feelings of hunger, moderate exercise did not have the subsequent effect. Over a long time, simply ambling around, or standing up as opposed to sitting down, could burn the weight off.  Also, according to sources, standing while working can also improve concentration, creative thinking, confidence and reverse male patten baldness! This blog is henceforth produced at a workbench, not from the couch.

One thought on “From the fat but indefatigable New York Times: Weight-loss.”