Thanks for reading Part I, Part II, Part III and Part IV of this series exploring the future of personal transport. This is the concluding part.

I love a logical argument, and I have a feeling this series is leading us towards a big conclusion: The future, it’s already here.

The recipe for the future will have the same ingredients, but the ratios will be changed.

We’re best off sharing the travel/transit load between the modes. Each of these systems has diminishing marginal returns at some point. We just need to recognise that we’re not at the point of diminishing returns from PT, car-sharing or cycling, but we’re well beyond that for road.

So how do we change the mode load? What are the tweaks that will change people’s choices?

These are hugely popular in China. To make them popular in the West we probably need to charge two hundred times as much, make them out of Goretex blended with the DNA of Eddie Merckx, and have them branded by Rapha.

Priority 2. Quivers: people will own a couple of bikes. People want a fast bike. But, we’re going to see more fat tyres and more carrying capacity on the way to the shops.

Here’s another analogy: We’ve seen that if we put a bit extra computing power into the phone, it will become an adequate substitute for a lot of computing tasks, even though it’s ‘inferior’ at them. Bikes are like phones. If we put a bit extra safety, comfort and carrying capacity on the bike, the cheapness and portability will win out and it will be an adequate substitute for a car.

Priority 3. Bikes on buses. Goddam, I love a bit of modal integration! Cars on trains, boats on planes, hot air balloons on trams. I want to see it all.

Priority 4. Electric bikes, because the effective range of bikes is for most people much lower than cyclists would have you believe. A runner can ‘easily’ run 12km, that doesn’t make 12km a good stop spacing for your metro. If a cyclist can ‘easily’ ride 30km, that doesn’t make 30km bike commutes plausible. I reckon most people run out of puff at about 6km. Maybe less if hilly.

The roughie: New bike laws that set clear rights and responsibilties for bikes, and will end the accelerator vs pedal wars. Bikes are not as big, dangerous, visible or fast as cars. The law may be blind, but when she puts an SUV on one side of the scale and a road bike on the other, she’ll appreciate there are differences. We can continue to carp at cyclists for breaking laws designed for cars, or we can choose to change the law.

It solves time tabling concerns, obviates the need for real time information and makes iPhone apps redundant if the longest you’ll ever have to wait is 5 min.

It means the PT-ignorant can ride with the same enjoyment as those who ride the same train every day. It covers for cancelled trains. It means you can build a grid of transit lines and get people to transfer, and they won’t mind.

Priority 2. Driverless trains.  Not only will it will solve the major OHS issue of drivers seeing so many suicides. It also breaks the nexus between cost and frequency (human resources are the biggest cost for a PT agency, and the major reason fewer trains run at off-peak times).

The roughie: A year of free PT. It could buy the Government time to get Myki up and running. I think it’s a great plan. Makes it clear that we’re encouraging PT. If it happened at the same time as service improvements, it might make people feel real pride that their PT system is better than the rest of the world’s.

Priority 1. Congestion charging. Using traffic delays to ration demand for roads is retarded. It’s like pricing Rolling Stones tickets at $10 and saying that the people who are willing to queue the most should get them. It’s a negative-sum situation because the provider doesn’t reap the benefit of the cost to the purchaser. 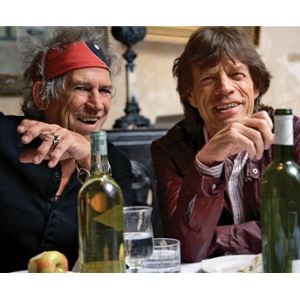 Just like the heart surgeon who can’t queue to get a ticket to see Mick and Keith, congestion means people who value their time can’t compete for road space with those who don’t. (Might this explain the cost of inner-city living?) And to make the analogy even more distressing, there’s no scalping for roads.

Priority 2. Car-sharing to diminish the total cost of car travel.

For me, much of the cost of car culture is in ownership rather than use of cars. Not only does the car soak up a lot of people’s incomes, but the environmental cost of all that aluminium, plastic and steel is probably awfully high.

Car-sharing is a new approach that may work where the appropriate scale can be found. A new car-sharing company has just started expanding into Melbourne. I hope the competition boosts the market segment rather than simply inhibiting Flexicar’s attempts to achieve scale.

The roughie: Autonomous networks to diminish congestion. (Thanks to commenter Michael who shared a fail-blog worthy link that shows this may yet be some way off.)

Thanks for reading!  Although that’s the end of this series there’ll of course be plenty more posts in this vein in the future.  As always, we seek and value your opinions. Please share any comments below.