I attended the Meredith Music Festival, centred around a grassy downhill just outside the town of Meredith, in rural Victoria.  Two nights and three days of bands and celebration.  I had never been before, but I loved it.  Before the festival, everyone was talking about the ‘Meredith experience’, and  noone was talking about the bands, which made me worried.  I was happy to find the music is still the centre of the experience.

I thought the best of the festival was Paul Kelly.  His set at 7pm on the Saturday night kicked off an epic night.  Mr Kelly’s music is so familiar it’s easy to disregard, but live, the familiar veneer is taken off and you remember why you (and everyone else) listened to it so much that you still know every word.  The crowd was moved to tears, and in what is apparently a Meredith tradition, indicative of ultimate respect, everyone took off their shoes and waved them at him.

My next favourite was Animal Collective.  They didn’t introduce themselves, had no spotlights on them, no lyrical content, and as far as I could tell had no songs as such.  Instead it was just an hour of amazing loud sounds and flashing lights that were transfixing. I have no idea how you go about putting on a show like that.  It messed with my mind.

On the Sunday afternoon, the Middle East played.  They’re from Townsville and they play a Bundy-soaked mix of non-stop cock rock.  Not.  Well, they are from Townsville, but they actually make quiet,  harmony-soaked, indy-sounding folk with lots of trumpet and flute.  They sound a bit like the Fleet Foxes and they are my new favourite band.

A band like Thee Oh Sees could learn a lot by going to a few The Middle East gigs.  Thee Oh Sees played on the Saturday afternoon and served up some of the most undistinguished rock you could ever have the rotten luck to have pre-paid for.  All the way from LA.

Patrick Wolf also deserves special mention.  If he didn’t have the crowd offside already with his epic soundcheck, his poncy prancing, complex use of instruments and his simpleton-simple songs, he lost them when he tried to get the crowd to throw things at the sound guy.  Turn down the flamboyance, the bombast and the classical training, Patrick, and go and see the Middle East play a few shows.

Outside of music, the most interesting thing was the fashions on the field.  People wear things they would never wear in real life.  The music festival is therefore not so different to the catwalk.   It’s kind of like a crowd-sourced fashion show.

Here’s what I saw: 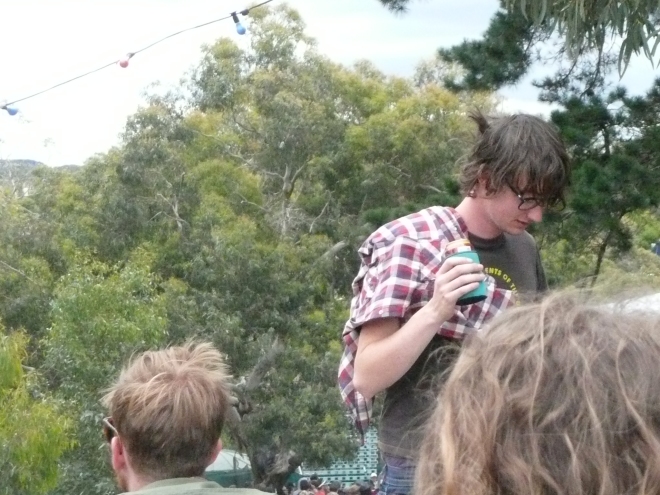 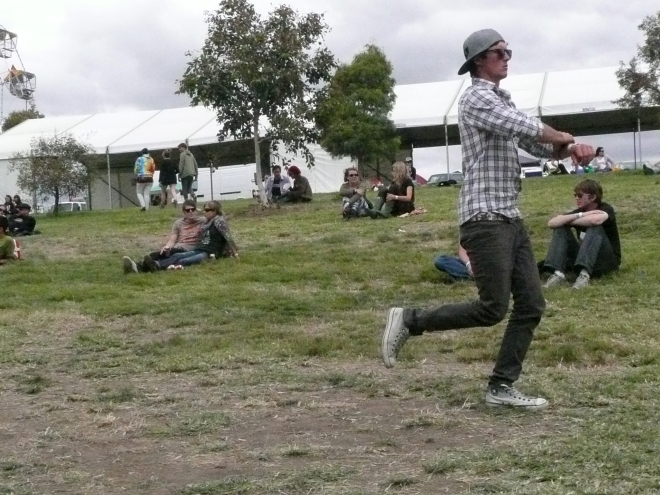 But you knew that already. Here’s the menagerie that may well be our fashion future… 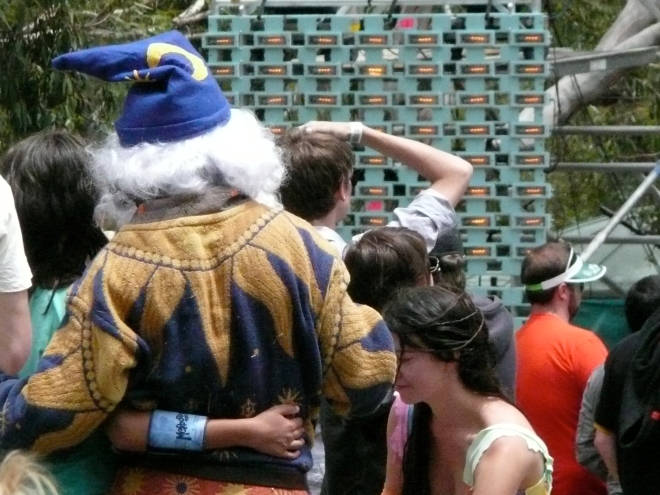 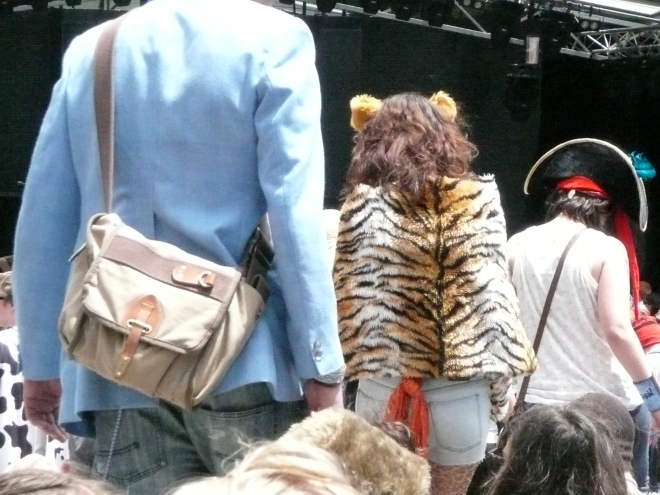 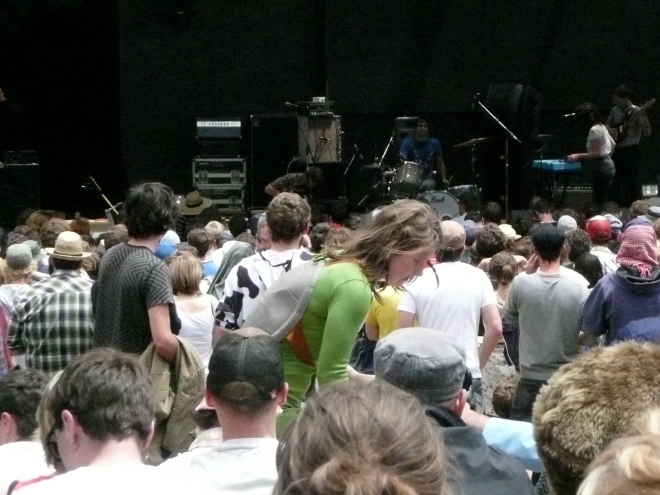 and Glad-wrap suits for going on the slip and slide! 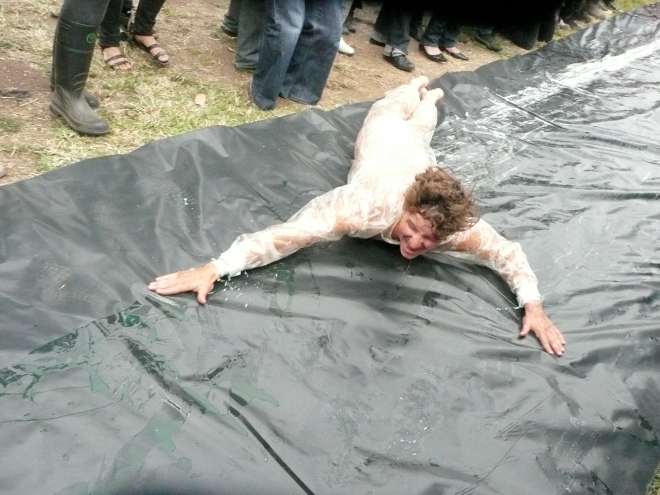