I go past the Melbourne Zoo occasionally. It takes up a lot of space. The elephants make loud noises. It smells. I feel bad that all the animals are locked up in there. And I imagine that it is publicly funded.

When Youtube is delivering lions, tigers and bears in their own habitat (Not to mention pandas and bandicoots) why would you bother locking up a whole pack of wild beasts, killing goats by the truckload to keep them fed and risking the escape scenario everyone who lives nearby secretly hopes for?

But, I got schooled today. Zoologically.

A friend and I took a small child to the zoo. While he dedicated himself to ignoring the animals and eating things he found on the ground, we were entranced.

As much as I love the internet, there’s something to be said for real life. Watching the lions run at the fence when they hear their lunch coming is a thrill.

Seeing orang-utans swing from the ceiling is cool. We watched as a woman ‘donated’ $600 to hold the canvas while an elephant painted a picture. 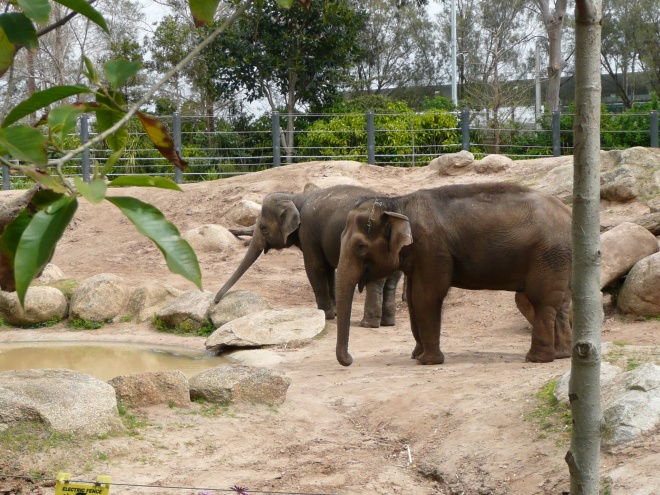 We saw a platypus swimming laps of a tiny little pond. We saw giraffes, and zebras and flocks of bogans, roaming free. (nb. It looks as though the zoo’s bogan breeding program has been incredibly successful.) My cycnicism turned to excitement early on, and even overpriced soft-drink and deep-fried foods couldn’t diminish the experience.

So, real life, you’ve won this round. Your high-resolution visuals, full-surround audio, and pungent poop smells carry the day. The internet and its pale, scornful citizens are duly chastened. I’ll never doubt the zoo again.

One thought on “The zoo”