I’m an economist – I think I understand markets and am tempted to use them when they can do a good job.  Road user charging would do a good job of keeping people off roads at peak times and, used properly, could kill traffic congestion.

I’m reluctant to endorse road-building sprees before we even try to manage the use of the infrastructure we have. Taking, say, the least useful 10 per cent of traffic off roads could kill congestion for a while and mean we can wait another few years before making huge billion dollar infrastructure investments. That has big value to society.

(A small drop in traffic can make a big difference: While slow but steady traffic can be efficient, there is a tipping point where congestion is too high, the system overloads and it fails. At that point the effect of another road user joining the road is negative sum. We really want to be below that point. Also, a surprising share of trips are ones that could be moved around – less than a fifth of trips are commutes.)

However. Road user charging has serious problems. The big one is fairness.

Charging people to use existing roads is seen as unfair – and what’s worse, it probably is. (Perhaps not the most unfair policy in all of the Australian history but enough to pose an insurmountable political challenge to implementation.)

The big factor is that a group of people who are below and around the average wage consume a lot of road time, and they do so in ways they can’t avoid. Remember, most jobs are in the suburbs, which are not well served by public transport.

(This is not to deny Joe Hockey’s ‘controversial’ point that the very poorest people own cars less and drive less. He is right. I’m kind of displeased with this ABC fact-check that rates the comment misleading. It’s plainly fricking true, and he was pointing it out in the service of raising the petrol excise, which is good policy. n.b. All this is not to deny that Joe Hockey was a bad Treasurer. Also, he blocked me on Twitter for making a joke about the aforementioned debacle. The joke, shown below, is totally innocuous.)

In this photo, the richer guys *drive* more often and a lot further than the poorer guys.  #golfpun #badpun https://t.co/8P9LvxwJFs

Alack, I digress. The key point is that less well off people live further out and consume a lot of road time, so road user charging is seen as pure sadism. I wrote about it recently at Crikey and a commenter asked why I wanted to “penalise” people. I read the comments on these sort of pieces a lot and I very often see charging for roads described as a penalty or punishment.

If your policy solution is perceived as cruel, you have a big problem. I’ve written previously about a PR strategy for congestion charging (and gee it’s a good one) but I’m still not seeing much progress for the idea. Maybe, just maybe, we need more.

My Crikey piece tried to sort through the ways in which a market mechanism works to sort out why the market is seen as unfair.

A market mechanism rations demand, yes – and encourages supply too. It also incentivises suppliers to be efficient; tempts competitors who may do a better job to enter the market; encourages people to consume things that are cheaper; and also, reveals who wants or needs something most.

Well, it does that last one in theory. In reality, the buyer is not always the person who wants the thing most in any sort of objective sense. Budget constraints are the deciding factor: Rich people can afford lots of things while poorer people have to make a lot of tough decisions.

Of course, it is not just roads. Many consumer goods go to rich people even though poorer people would get more subjective value from them. This, we implicitly say in a capitalist world, is fine because the reason the system works at all is by rewarding the people doing the highest value work with a life of being able to afford more things and facing fewer tough trade-offs. (this implicit choice is an issue for another time.)

If there is literally no other option for how to get to work, and no way to bargain with your boss for another start time, and you don’t think you can find another job, and all the more fuel efficient cars cost more than your current car would fetch second hand, then the effect of a higher road use charge is 100% income effect / 0% substitution effect and you can see why it might seem punitive. 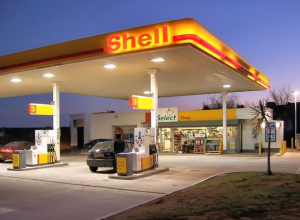 When household budgets are tight due to child care and high effective marginal tax rates, a road user charge might actually prevent a person from commuting. If we dissuade someone from working now, it can not hurt them only now, but damage their lifetime earnings, and the lives of the generations that follow them.

Even if most people are not at these extreme cases, the trade-offs that a road pricing mechanism forces are difficult ones over things that already seem hard.

So you can make a good case for a road rationing mechanism that tries to ration road use without putting a cash price on roads. I have previously proposed a system that might do that.

A recent article in The New York Times describes a food donation network that used a kind of pricing mechanism to solve an allocation problem. It created a big range of efficiencies via a points system — local food banks used points to bid for various items from each other.

A similar points system could overcome the fairness problem in pricing roads. People could be allocated points based on, for example, how far from the CBD they live, or their lack of access to public transport. Unwanted points could be sold off.

This system would totally eliminate congestion if few enough points were given out. It would also create incentives to use other kinds of transport. And it would do so fairly.

What it doesn’t do is reward the owners or operators of roads, or provide a funding stream for roads. Public provision and funding would still be necessary.

But perhaps waiting for the perfect market mechanism that can deliver all the potential upsides is unrealistic. Can road pricing advocates choose not to let the perfect be the enemy of the good?

The more I think about this, the more I see the devil is in the detail. Who would get the points?

This goes to another of the points I made in the Crikey piece. Market allocations of goods may not be fair, per se, but they are a sort of Schelling point – a way of allocating scarce resources that society generally tends to land on in lieu of other ideas.

I like the idea of giving them to households with worse public transport options or lower access to jobs. “I have no other options” is one of the big reasons road user charging is seen as unfair. Having no other transport options is also sometimes a proxy for socio-economic deprivation, although an imperfect one.

But an allocation based on geography would be tough for any government to operate without causing a fuss and furore that would see them voted out.

While society doesn’t agree to market distribution of road space, yet, that doesn’t mean it agrees to some other rationing plan either. We have a few non-market rationing models in place in other parts of the economy: Income testing and asset testing are both known ways of allocating scarce, government-provided goods. Neither is an obvious fit for allocating road space.

So a geography-based allocation model would be wholly new. And in our geography-based political system, very much open for abuse. New allocations of road use credits would not be safe from the electoral cycle, although whether congestion would rise to previous levels is not clear.

We should also consider the unintended consequences of such a system. Would it reward sprawl if you gave road access credits to people with low public transport access? And punish people who’ve bothered to make the trade-offs to live in smaller spaces closer in?

The whole thing starts to look very difficult indeed. Is there another way to make a non-market rationing system work? Please leave your ideas below!

21 thoughts on “Can we ever get road user charging to work?”