Google trends showed me this. 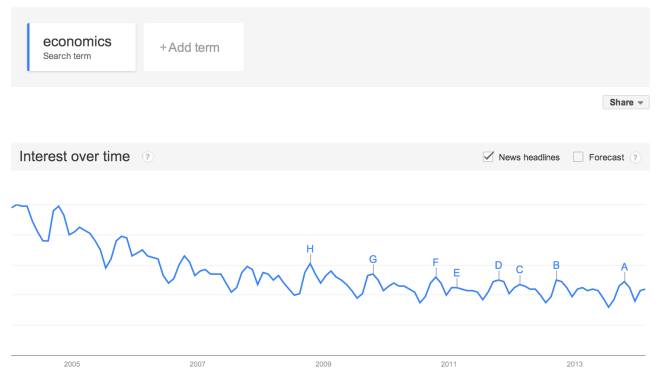 That graph shows that economics share of total searches is in big decline.

I was worried. Not only was my discipline apparently out of favour, but I was re-launching this blog in a climate where its subject matter was of fading interest!

I pondered. Could the global financial turmoil of previous years set people against the study of markets in a formal way? Was economics unfashionable because of rising inequality in the first world – the rise of the 1 per cent? Was the world turning its back on economics after the roiling controversy of Rogoff and Reinhart making an elementary Microsoft Excel error in a crucial paper?

I was about to set up a multivariate regression to try to nail down the true cause when I had a thought. Perhaps economics wasn’t declining per se, perhaps everything else was on the rise?

Witness the democratisation of the internet, wherein the information tubes are wrested from the sole control of the nerds. 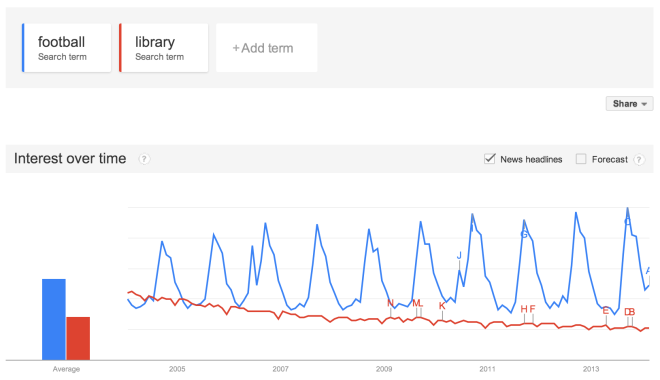 This is why it seems like the internet has been dumbed down. (I’m referring to you, Youtube commenters.) 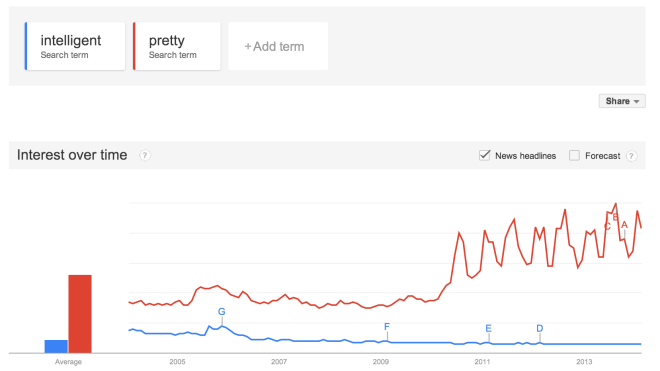 The internet is increasingly just as smart as the real world, no more, no less. That’s why we have Buzzfeed Australia now, I guess, serving up articles like this one, about people mooning a train. But we shouldn’t forget that we also have things like Reddit’s economics page, where the content is given over, for today, wholly to submissions from economics journals.

The internet is still as good as ever, you just need to know where to look.