EDIT: Additional details have been drawn to my attention and it seems the proposal is to add the paypass system to the existing Myki system, rather than wholly replace it. That, to me, seems to add even more complexity and cost and the arguments below still stand.

I feel like we’ve just got the hang of Myki.

The smartcard system that came in in 2010, finally replacing the extremely functional metcard system in 2012, had a few bad years. But now I see people touching on and off more or less correctly. There’s a lot less waving of cards near the readers and a lot less theatrical sighing. 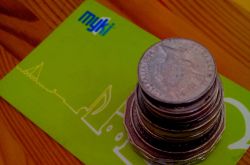 Nevertheless the coalition government is suggesting they will turf the system if they win power again. Transport Minister Terry Mulder has said that the government will look into using the Visa Paywave / Mastercard Paypass system at the barriers instead.

Myki was supposed to be the smartcard to end all smartcards. The reason the government spent nearly $1 billion developing it was that it was supposed to be adaptive. The technology was meant to grow with the city, and give us the option to change our ticket system without changing our smartcard system.

Even the savvy were fooled. Here’s PT guru Daniel Bowen being quoted in 2006:

“It will be a vast improvement over the current system. However, some passengers may find having to scan on and off an inconvenience.”

If only the biggest issue was touching on and off!

The reality has been that the Myki system cannot even do what the previous system could do. It can’t manage short-term tickets, it fails often and it struggles terribly on trams, meaning the mantra “remember to touch on, and touch off” became untrue for (most) tram users. 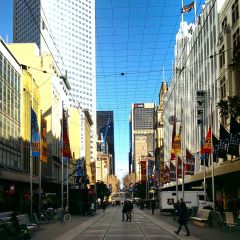 But the big lesson is not that Myki is bad. It’s that replacing Myki is going to be expensive. More expensive than people imagine. And the solution will almost certainly deliver less functionality than you hope. This is the lesson of big projects. They run over-budget and deliver under scope.

The temptation for a minister will be to cave to special interests, so “Simply Using Paywave” turns into a giant cluster-cuss of exemptions and special rules in special places, requiring a lot of bespoke software that fails a lot. 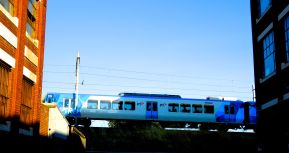 Lastly, let us always remember where our ticket fees go.

A ticket system is very expensive to operate. A big chunk of the cost of every ticket goes to paying for the tickets, the ticket machines, the software, the inspectors, the public servants that administer the ticket system, the inspector system and the fines – not to mention paying for the judges that hear the complaints in court. Only a fraction of your fare goes to actually making the vehicles run on time. There would be plenty of efficiencies from making public transport free, instead of using tickets.

2 thoughts on “Myki is set to be replaced. Already.”