If tax reform is boring, that’s because it’s run by boring people. Economists can spend hours sitting round teasing out the intricacies of an allocative efficiency improvement.

But when it comes to convincing others, economists tend to stroke their moustaches, repeat the word “productivity” and wave their laser pointers at a dense thicket of lines on a graph.

We need some marketing type thinking to help us economists. There is no other way the Australian public can be swiftly convinced of the merits of new taxes. And convinced they must be, because the economy needs all the productivity gains it can get to lift incomes.

Land tax is the best tax. Everyone who understands economics knows it. It’s minimally distortionary.

But people really hate the idea of taxing land, and whipping up a scare campaign could scarcely be easier.

“Call For Tax on Family Home.” [Headline in the West Australian]

“People will be paying between 20 to 40 per cent more in land tax. The bill will also diminish Queensland’s ability to attract interstate and overseas investment which will ultimately flow through to impact employment” [Property Council of Australia, cited in the Australian]

So how do we change people’s feelings about unavoidable taxes? Do we lecture them about deadweight loss and distortion? 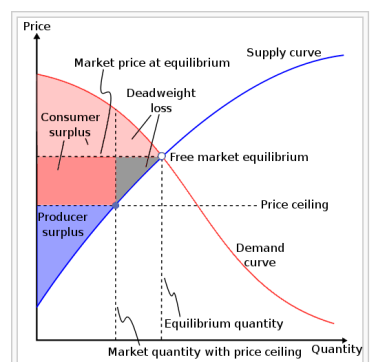 I can feel the eyes glazing over already.

We need something far punchier, something that fires the emotions. Something a little bit like this…

The ad starts with the bespectacled taxman knocking on the door of a large mansion. “Tax time!” he cheerfully announces.

The door is answered by a butler, before a rotund, pinstriped individual arrives and pulls his pockets inside out. His face affects an attempt at sorrow that barely conceals a smirk.

The taxman’s brow furrows in disgust and we zoom out to see him walking back down the long gravel driveway, past an array of parked supercars.

Cut to an exterior shot of a big city accounting company. The voiceover intones: “They can hide income. They can hide capital gains. They can even hide the companies they own. But they can’t hide land. Land tax now for a fairer Australia.”

I’ve discussed this kind of idea before, with a “Trevors in Traffic” campaign to promote congestion charging. The point is that you can’t start arguing for a solution when people don’t even understand there is a problem.

“I remember reading about a behaviour change campaign to get kids to wash their hands. Rather than starting with facts about soap, they started with an ad that dramatised germ transfer. Everything the main character touched after leaving the bathroom turned green. Understanding the problem (even in a stylised way) came first.”

Teaching people about the allocative efficiency of various taxes is going to be expensive. You’d need TV ads, newspaper ads, a PR blitz. But if it greases the wheels of tax reform, it could be the best money ever spent in the Australian economy.

8 thoughts on “Can we make Australians WANT a land tax?”